For those who are unfamiliar (which most likely includes people over 25), Musical.ly is a popular social media platform that allows users create and share 15-second videos of them, lip syncing to various sound clips.

On the face of it, Musical.ly simply feels like a kids’ digital wonderland. Young girls, in particular, are drawn to the app, using it to pretend to be the next pop icon. 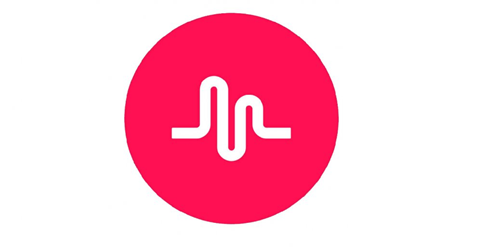 However, there is a problem: Although the app is intended for users above 13 years of age, many of the most dedicated users are kids below 13. You can enter any birthday and open an account.

You might wonder, what’s wrong with such a harmless app being infiltrated by underage users? Well, a lot! So here are six secrets you should know, if your teenager has been pleading for the app:

1) Inappropriate Lyrics: An issue that stands out is that you have kids mimicking what they see on music videos, trying to gain more views and increase their popularity. If you see the clothes they wear, the gestures they make, the lyrics they perform to, you’re bound to be concerned. There are songs about smoking, drinking, partying and cuss words and more, which are not always appropriate for young users; most of them don’t even know what all of that means!

3) Live streaming: Musical.ly also recently shut down its standalone live-streaming app, Live.ly, merging into their main app. Now that “musers” can live-stream their videos, I feel the risks are even higher because there’s no delete button on the Internet. Once posted, you can never take it back!

4) On initial browsing, the content on the app may seem more silly than inappropriate. If one takes a deep dive into community, one will discover that hash tags are a way for people to use the app in inappropriate and sometimes deeply offensive ways. Although the platform keeps banning inappropriate tags, internet safety advocates say that moderation teams will never be able to stay on top of the constantly evolving list. How can we expect them to keep up with changes such as users removing an “e” for sexy or putting accents over things? So all of a sudden they’re outwitting the syntax.

5) Lack of parent al controls: Children can view anything and there’s no way of stopping that. Parental controls in Musical.ly are as if all of the doors can be opened from the outside, so the child who’s walking around can just open whatever door they want, look inside and come across adult content.

6) Collection of data: Musical.ly doesn’t hide the fact that they collect user data – personal information, social media credentials and even your location (with due permission, of course). The app clearly states in Capital letters in its Privacy Policy: “THE COMPANY MAY DISCLOSE YOUR INFORMATION.” However, how many of us, specially, kids and teens take the time to read the privacy policy of an app before downloading it?

As parents and teachers, it’s important for us to talk to our children and share these facts with them. Encourage them to come to you and openly share their online experiences and seek your advice if they’ve come across anything inappropriate or upsetting.Be Safe and ensure others are safe too!

P.S: Having owned the app TikTok, Bytedance bought musical.ly Inc in 2017 and combined the two apps, musical.ly and TikTok, into a single app named after TikTok on August 2, 2018.